The World’s Fair Pavilion in St. Louis, MO is perched above Government Hill, was built in 1909 with proceeds from the 1904 World’s Fair held in Forest Park.  Government Hill’s colorfully lit fountain and reflecting pool were added in 1930.  While the entire area had fallen into disrepair by mid-century, a transformative renovation between 1988 & 2007 restored it to its former glory.  Hydro Dramatics was a consultant to HOK providing recommendations on how to bring the fountain back to its original condition while providing options to include modern technology.  LED color changing lights were added to change the appearance during different events in Forest Park.  The Kerth Fountain is a well-known icon in Forest Park guaranteed to be around for future generations to enjoy. 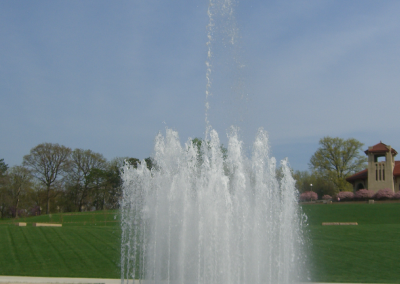 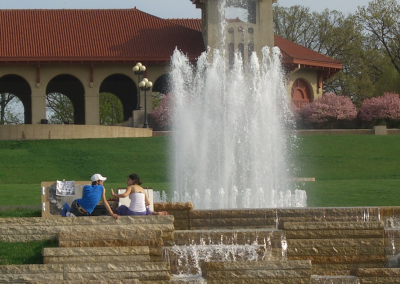 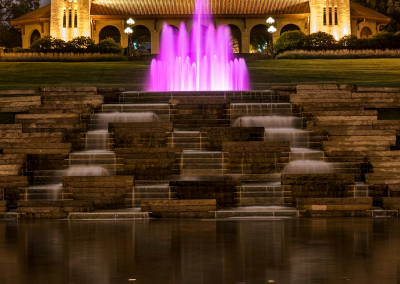 LED color changing lights were added to change the appearance during different events in Forest Park. 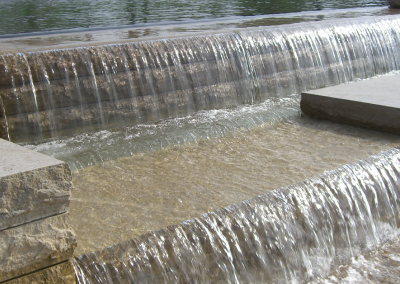 The reflection pool spills over a series of waterfalls. 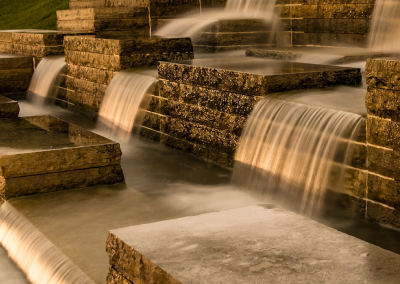 Close up of the tiered waterfalls 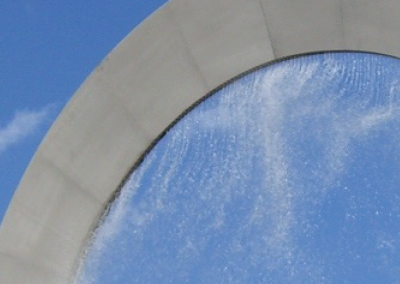 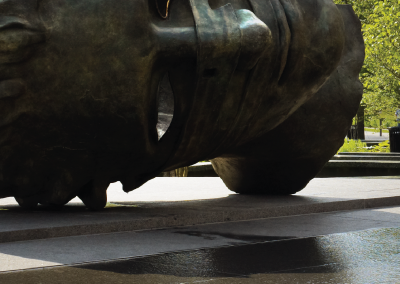 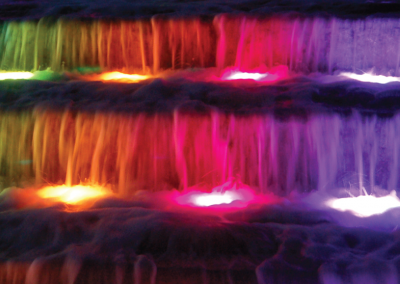 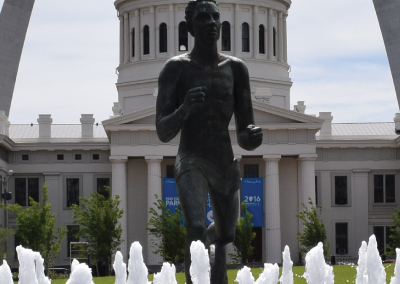 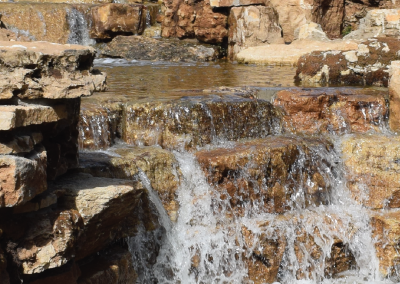 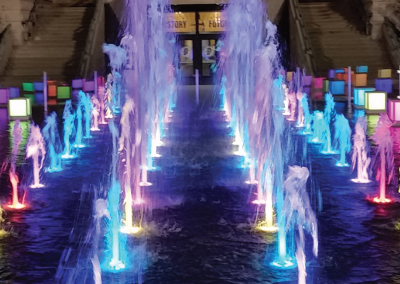 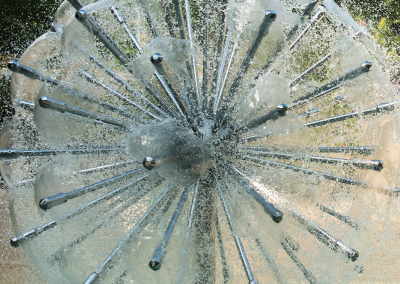 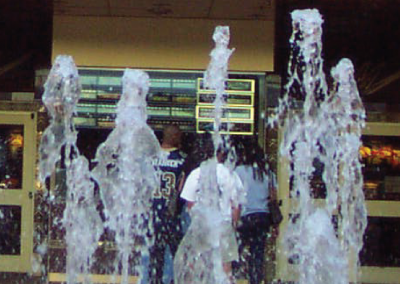 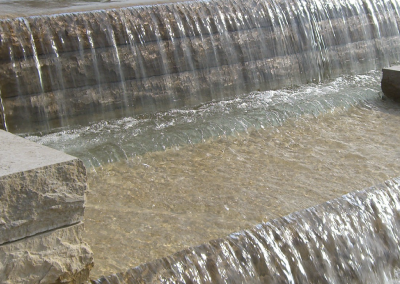 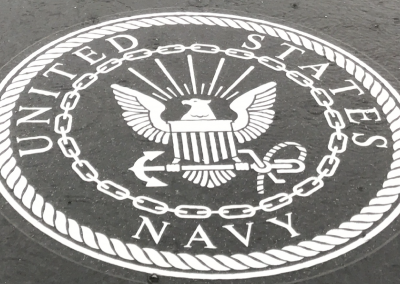 Get Started on Your Fountain Today